Linda was born in Wales in January 1950 during a heavy snowfall, a story Linda’s late Father referred to as ‘being born on the side of a mountain during a blizzard’. The midwife was reluctant to attend due to the weather, however Linda’s Father wouldn’t take no for an answer and picked her up on his motorbike! 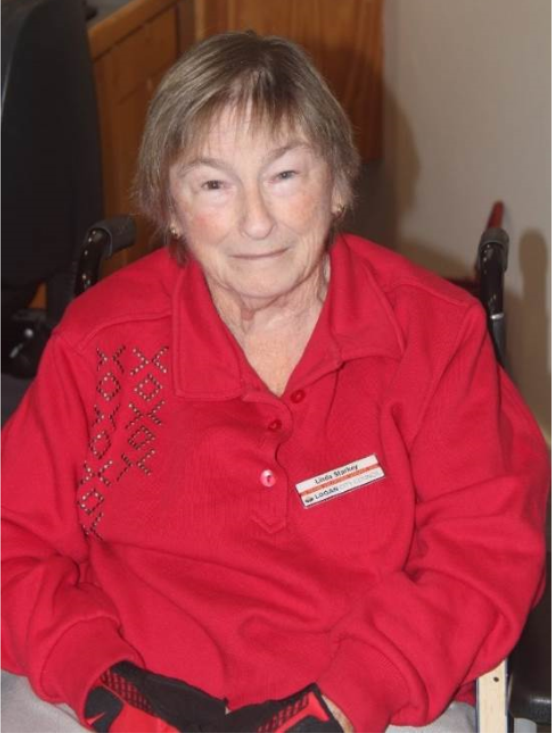 Linda started her schooling in England and at the age of 13, the family immigrated to Australia, arriving in Brisbane in early 1963.

Linda attended high school at Salisbury, graduating in 1965, sadly this coincided with the passing of her Mother. Linda commenced work full time at a container packaging manufacturing plant in Rocklea, remaining with the company for 25 years. Learning all aspects of the job requirements from the factory floor through to the lab, Linda proved herself indispensable to the company in a patriarchal era where the majority of women became home makers. During this time, Linda’s Father began to exhibit chronic health problems as a result of ‘Black Lung Disease’.

As a result of her longstanding position in the lab at the factory, Linda herself began to experience her own health issues, and was forced to take sick leave. After recovering and returning, the health issues became so debilitating Linda was forced to resign. Never one to sit around or do things by halves, Linda volunteered at both Meals on Wheels and the Logan Art Gallery simultaneously. After some 20 years at Meals on Wheels, Linda decided to direct her attention elsewhere and began volunteering as Court Support within the Court System at Beenleigh, a role she held for 15 years. This position was concurrent with her continuing volunteer role at the Art Gallery – service to date comprising of some 23 years. Linda has been nominated for a swag of awards by her peers and colleagues who recognise her community spirit and ability to make a difference. Some of these include – Local Legends Award, Australia Day Awards, as well as a State Award recognising Volunteers and the key role they play in organisations and communities. Linda is passionate about positively promoting Logan, an excellent advocate bringing meaning to life with the expression ‘actions speak louder than words’.

I love living here at BallyCara. I came here just over four years ago. When I was very underweight, and needed looking after. Now living here I have my life back again. It’s wonderful to know, if I need help at any time someone is always there to help me. I love all the staff, they are all so caring. God Bless you all – Love Olivia