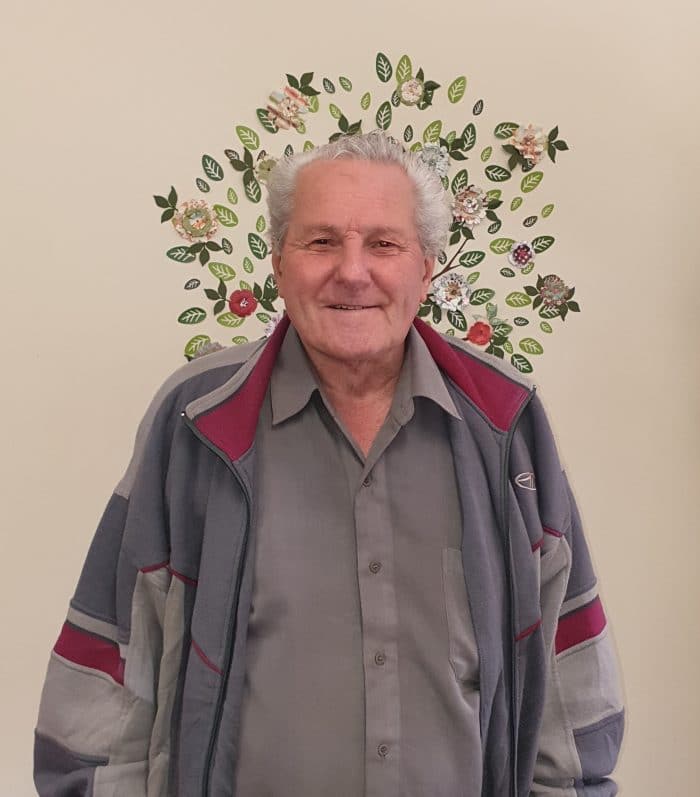 He is a valued HomeCare Client and Wellness Member in Logan. Les is a born and bred Brissie boy, having grown up in Bulimba with his Grandmother and working on the family property at Hillcrest on weekends. After completing his schooling in Grade 8 (and receiving good marks), Les embarked upon employment, initially starting out at A. Lind and Sons, an umbrella shop in Queen Street then later achieving a five-year apprenticeship as a Fitter.

Married at 18, Les is a dedicated family man and father to five. He bought and sold land in various suburbs and during the 1974 floods had a produce business at Waterford. In 1975 Les re-joined Queensland Rail and worked locally on the Beaudesert Line in an effort to seek work/life balance. As a natural leader, Les worked his way up by completing examinations before becoming Track Supervisor, Training and Development Group Instructor and the Workplace Health and Safety Officer.

At fifty-five years young, Les studied at the University of Southern Qld (Toowoomba) achieving further qualifications. Today, Les is still a fearless leader and a strong advocate of understanding the importance of maintaining one’s health and well-being. He loves a joke and his laughter can often be heard at the weekly Men’s Group at The Living Room in Bethania. Les also has a strong interest in bees and beekeeping as well as buzz words!

My mother has been at BallyCara for 6 months now and we are very happy with all the staff and everyone is very friendly there. I would recommend BallyCara to all my friends.