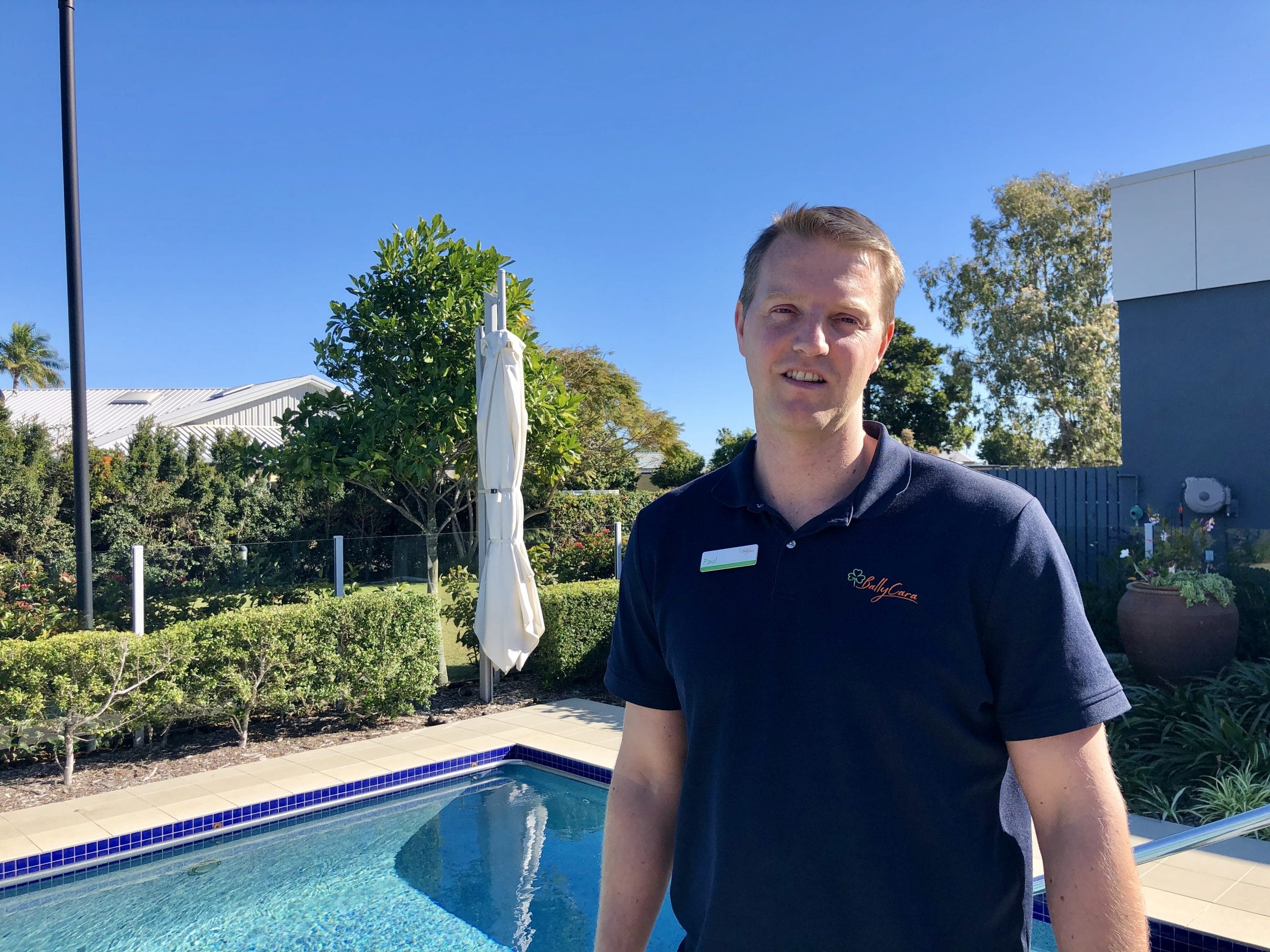 Helping prevent falls in Brisbane is a long way from London’s Metropolitan Police headquarters, but it’s this unlikely journey that has put exercise physiologist Paul Young on the road to a rewarding career.

Paul, who has been working at BallyCara for more than two years, loves his job and it shows for the many clients who find themselves in his care.

Exercise has been part of his life for as long as he can remember, but he concedes he has moved around a bit within the field. That seems an understatement.

He was a professional athlete and completed a Bachelor in Sports and Exercise Science in 2006. He then joined the Metropolitan Police force in his native England but after five years, realised he wasn’t getting enough satisfaction from the job.

Paul quit the force and became a personal trainer, completing his Personal Trainer Certificate in 2012 and gaining Precision Nutrition Certification in 2014.

This in turn led him to the realisation that most people he worked with had some sort of illness or injury and this piqued his interest in the next step.

“I saw that a lot of my personal training clients had similar problems and I decided I wanted to go down that road,” he says. “I wanted to help them with these problems and make a difference to their life.”

After arriving in Australia almost five years years ago, he decided it was time to get serious about personal training and completed his Masters in Clinical Exercise Physiology at the Charles Sturt University.

But it has been his work with BallyCara that has led him to what he loves most and does best.

“Everything we do in aged care is very rewarding,” he says. “The elderly have good stories to tell drawn from vast life experiences. They have a great sense of humour and most of all, they really want to do their exercise sessions and are not being forced into it.”

Paul says he is inspired by his own grandparents who are in their 90s and have shown him that it’s possible to have a good quality of life.

His fitness philosophy is simple: “Every individual should be treated like a professional athlete in their journey to achieve their goals. Treatments and attention to detail previously only available to professional athletes should be accessible to everyone, taking a full body and mind approach to create a healthier, happier person who can function optimally.”

Paul’s work includes “prehabilitation” – working with those who are having a hip replacement, for example, to ensure they are as strong as possible before they go into surgery and to help them recover more quickly.

And for those who are hoping to avoid surgery, his focus will be on strengthening muscles around the problem joint.

Prevention is key, particularly with the risk of falls, and exercise helps with balance and improved confidence.

“Most clients have injuries or illness, so this is not just about fitness. We are working on something specific,” he says. “Someone may have had stents from heart problems and the doctor has told them to change their lifestyle and recommended an exercise program. Cancer, lung disease, shoulder problems. Life catches up with us.”

Paul sees every day that exercise makes a very real difference to lives.

“They are able to do things they couldn’t do before,” he says. “It’s very rewarding seeing exercise make a difference and lives improve.”

And the London police force is a lifetime away.

Categorised in: Friends In Focus

We moved into BallyCara 2 ½ Years ago and it’s the best thing we have done. So much to do, made so many friends. It is truly ‘The Village Of Friends’.