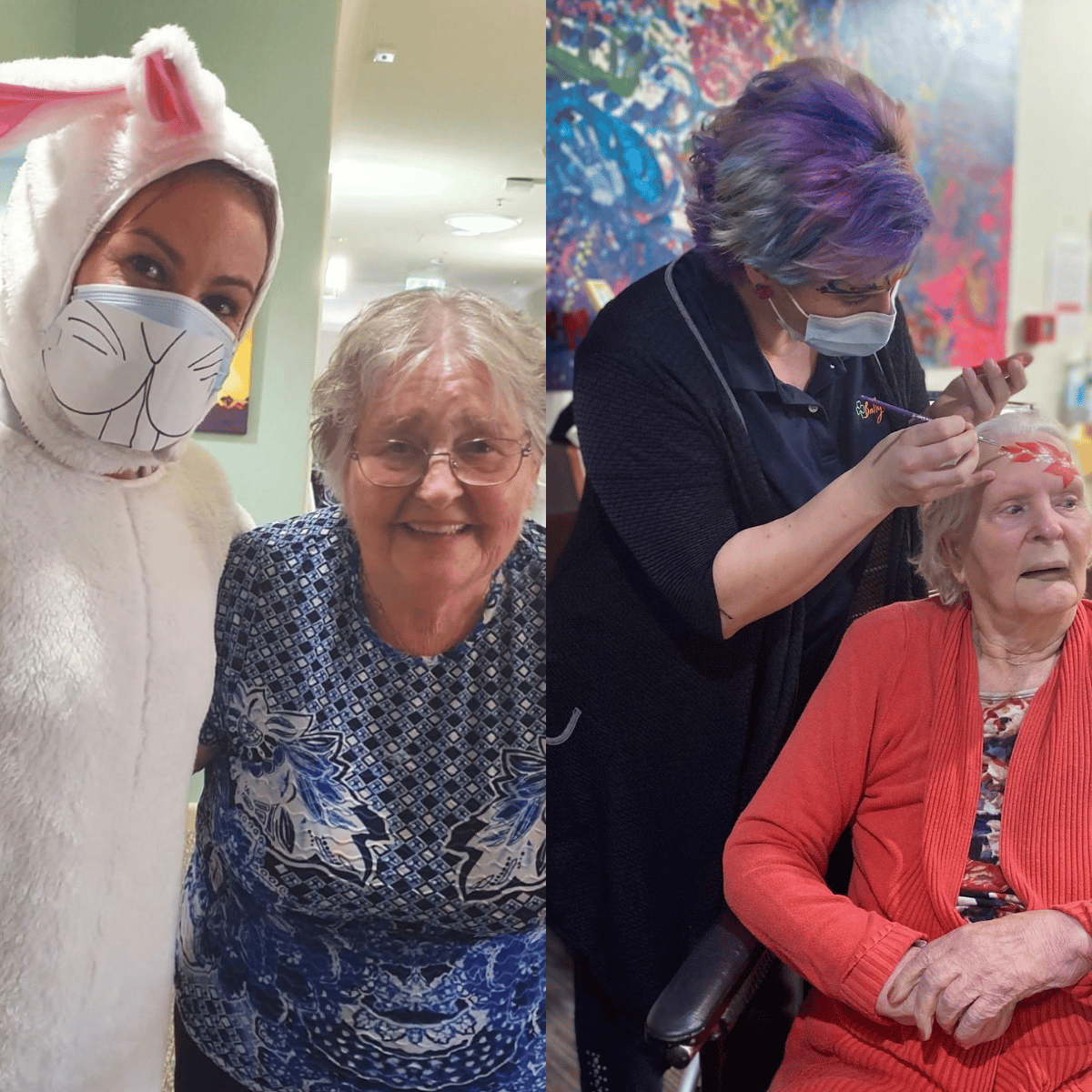 BallyCara’s own, Ruth Falconer, was a finalist in the Age Services innovator of the year category in the 2021 innovAGEING National Awards.

The following words are what innovAGEING wrote about our incredible Ruth.

In the traditional aged care home, residents are frequently left without opportunities to express themselves creatively, particularly those living with chronic impairments. In a more consumer-centred aged care experience, residents should be celebrated and supported to explore all aspects of their individuality.

Ruth Falconer, art therapist and advocate for individuality working with BallyCara, pioneers the arts as a method for improving emotional health, sharing creativity and empowering the individual.

Ruth’s practice evolved beyond art therapy into the first-of-its-kind, ‘Creative Engagement Program’, which includes initiatives that foster multi-modal environments in which people feel safe and supported to create as a community and as individuals.

A few of Ruth’s Creative Engagement achievements include:

Ruth’s vision is to make creativity accessible to all, no matter their age or perceived limitations. Ruth specialises in providing healing emotional therapy to individuals who do not consider themselves creative, would not participate in clinical therapy, and are usually sceptical of the benefits of creative engagement.

Not only does Ruth encourage artistic engagement, she uses her counselling skills to draw out potentially unconscious stories and feelings behind the art. Her therapeutic services, offered to both individuals and communities, have left participants emotionally healthier and able to engage more comfortably with their communities.

Working with consumer committees, Ruth established innovative models for creativity across BallyCara, enhancing the passive creativity of the organisation – as simple as installing a Lego wall in the centre-respite space, and as complex as founding BallyCara’s community garden. She fosters a casual creative connection through drop-in mural painting sessions and creating in public spaces to initiate conversation.

Through tireless work, she builds individual delivery modes for each client to ensure they can engage creatively in a way that works for them. For some clients this may take the form of painting, collage, drawing or sculpture, for others who have a harder time connecting with traditional arts, Ruth employs her own creativity in designing novel modes of engagement.

For instance, a consumer whose mental health had deteriorated and was refusing all forms of clinical assistance was reinvigorated after working with Ruth. On investigating his history as a pilot, Ruth led the consumer through assembling and decorating a detailed model plane. While the man was initially reluctant, by the end of the process he was leading Ruth, engaging in deep reflection and conversation.

Over the years, Ruth has innovated across all facets of BallyCara. She has led new and exciting initiatives to amplify consumers’ voices within BallyCara, as well as in national policy discussions. Ruth’s impact has captured the attention of academic researchers and has been featured in several local newspapers.

Ruth was a finalist in the Age Services Innovator of the Year category in the 2021 innovAGEING National Awards.

I am a single woman, 81 yrs old, living on my own. I was a Public Servant for many years and thought about the future very carefully. I looked at a few retirement villages and I decided I need one with ongoing care. I settled on BallyCara as it had everything I needed. I am very happy here. Friday shopping bus is a great asset.